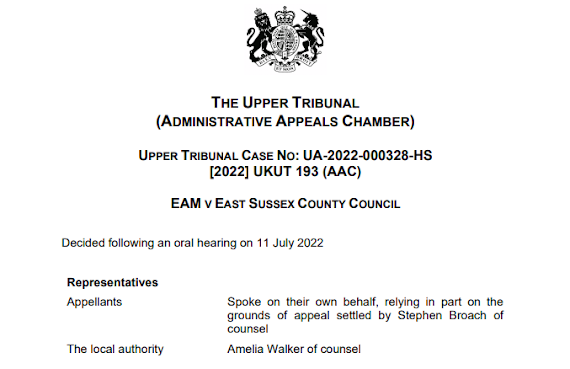 A recent decision by the Upper Tribunal (Administrative Appeals Chamber) has found that an EHS child who is made ill by Wi-Fi must be accommodated by her school, which needs to produce - and implement - an Education, Health and Care Plan (EHCP) for her continuing education. This ground-breaking news became public knowledge on 17th August 2022, when Local Government Lawyer published this article:   ' Upper Tribunal requires council to secure EHCP for student who is hypersensitive to Wi-Fi signals' . The article noted that: 'The Upper Tribunal has ruled that a council must secure special educational provision for a child who has electromagnetic hypersensitivity and is particularly sensitive to Wi-Fi signals' The Upper Tribunal decision is here . On 19th August 2022, PHIRE Medical (Physicians' Health Initiative for Radiation and Environment) issued this press release , which gave additional details about this case, including statements from the parents and child, and
Post a Comment
Read more 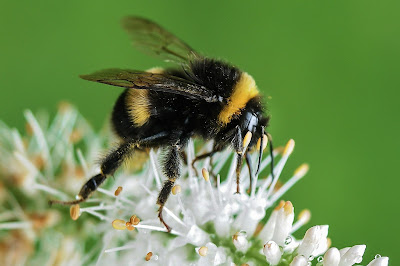 Ofcom, the UK's wireless communications regulator, aims to : ' ...make mmWave spectrum available for new uses by 2024'. It initially wants to make two millimeter wave (mmWave) frequency bands available to support 5G: 26 GHz and 40 GHz. Currently, UK mobile services operate at considerably lower frequencies than these . We don't yet know how saturating the environment with 5G mmWave radiation will affect the health of humans. The reviews that have been carried out note that high quality science on mmWave radiation just doesn't exist yet. We do have a large body of science concerning existing frequencies that we are exposing ourselves to (from 2G, 3G, 4G, lower 5G bands, Wi-Fi, smart meters, etc.), and here, according to many independent scientists , the news isn't good. As far as flora and fauna are concerned, we have even less science to tell us if rolling out 5G mmWave radiation across the country may result in catastrophic ecological damage. A s is always
Post a Comment
Read more 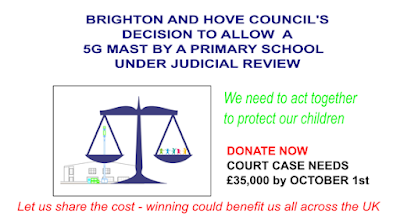 Judicial Review papers were filed on Friday 10th September, challenging the decision of Brighton and Hove City Council (B&HCC) to grant planning permission for a 5G mast, which would be situated next to St. Peter's Primary School in Portslade (please see pictures below). B&HCC has been given two weeks to reverse its decision, otherwise the legal case will proceed to court. During the course of the planning application for this 5G mast, the height of the structure was reduced from 20 metres to 15 metres, which would bring the radiofrequency radiation emitted by the mast even closer to the classrooms. This was done without the telecoms company providing a new certificate showing compliance to the safety guidelines, and without any radiation exclusion zones being declared to the council planners. When calculated by an independent engineer, the unsafe radiation zones were found to intersect with the school buildings. Many planning applications are being made across the coun
Post a Comment
Read more 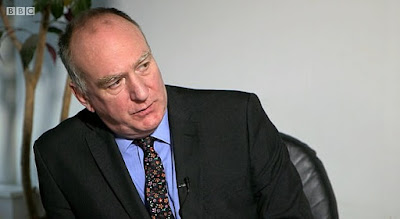 Back in 2019, the BBC broadcast a programme called Health: Truth or Scare, which included a segment that dismissed claims that wireless radiation is harmful (see my blog post ' Mobile Phones: BBC Bias ' ). One of the BBC's chosen experts was Professor Malcom Sperrin, Director of the Department of Medical Physics and Clinical Engineering, Oxford University Hospitals NHS Trust (or Royal Berkshire NHS Foundation Trust, depending on whichever website you look at). This is what he said in this programme:  " There's no evidence that suggests you should worry". Professor Sperrin's name now appears in the membership list of COMARE (Committee on Medical Aspects of Radiation in the Environment), which advises the UK Government on 'the health effects of natural and man-made radiation, both ionising and non-ionising'. COMARE has been attempting to recruit 'a radiation scientist with interest in non-ionising radiation' for quite some time, as can be s
Post a Comment
Read more 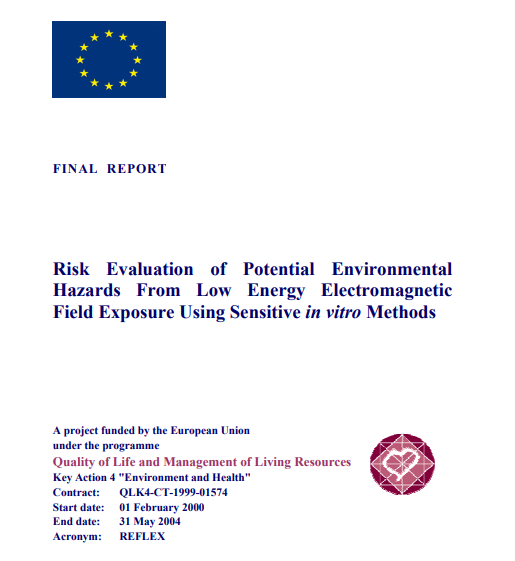 Professor Alexander Lerchl, who is leading a study examining the effects of 5G on human cells (funded by the German Federal Office for Radiation Protection), has been found guilty by the Hanseatic Higher Regional Court of Bremen of disseminating false allegations about the results of the 2004 REFLEX EMF study. Professor Lerchl has to bear the costs of the legal proceedings... (Below is an auto-translation of an article published by Diagnose:Funk on 28th January 2021 - please see the original article for links) The Hanseatic Higher Regional Court of Bremen sentenced Professor Alexander Lerchl to withdraw his falsification allegation against the REFLEX study  Text of the judgment and report by Prof. Adlkofer The final judgment was made in December 2020: The falsification claims against the REFLEX study may no longer be repeated. In other words: the results of the REFLEX study from 2004 that cell phone radiation has a genotoxic potential are correct. We document the judgment text and th
4 comments
Read more 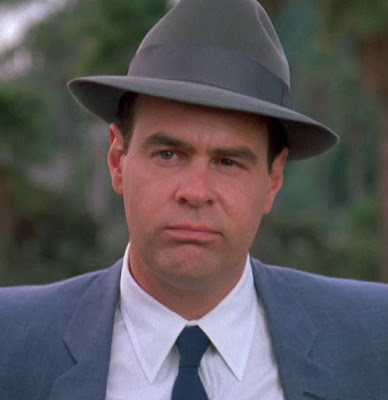 We are bombarded on a daily basis with 5G propaganda, both in terms of breathless, gushing articles extolling the virtues of the nascent technology (and of the necessity of 'winning the race' to saturate our respective countries with 5G coverage), and also of articles condemning - often in the most strident and offensive terms - those 'conspiracy theorists' and 'Luddites' who urge precaution in our adoption of the next generation of possibly carcinogenic technologies. Indeed, President Macron of France recently compared such people to the Amish. I was confronted by an article in the Guardian this morning, reporting on the recent results of a study from the director of the 'Cambridge Social Decision-Making Lab', Dr Sander van der Linden, who is a 'Social Psychologist', and also 'co-convener of the Cambridge Special Interest Group on Disinformation and Media Literacy': Poor numerical literacy linked to greater susceptibility to Covid-19 f
Post a Comment
Read more 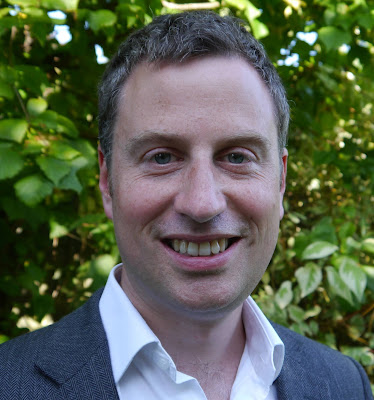 In a development that is likely to shock and infuriate EMF-aware and electrosensitive people around the world, Dr Gideon James Rubin, a psychologist, has been awarded an OBE (Order of the British Empire) in the Queen's Birthday Honours List for 2020 [1], which recognises the 'the outstanding achievements of people across the United Kingdom'. Rubin's name is notorious among the EMF/EHS advocate community, for his repeated claims that EHS is a 'nocebo effect': in other words, that electrosensitivity is a sort of irrational fear of technology, which precipitates symptoms which the World Health Organisation (WHO) recognises are 'certainly real', but which are not linked to electromagnetic fields. According to the WHO, the symptoms:  'include dermatological symptoms (redness, tingling, and burning sensations) as well as neurasthenic and vegetative symptoms (fatigue, tiredness, concentration difficulties, dizziness, nausea, heart palpitation, and digesti
2 comments
Read more
More posts