Judicial Review papers were filed on Friday 10th September, challenging the decision of Brighton and Hove City Council (B&HCC) to grant planning permission for a 5G mast, which would be situated next to St. Peter's Primary School in Portslade (please see pictures below). B&HCC has been given two weeks to reverse its decision, otherwise the legal case will proceed to court.

During the course of the planning application for this 5G mast, the height of the structure was reduced from 20 metres to 15 metres, which would bring the radiofrequency radiation emitted by the mast even closer to the classrooms. This was done without the telecoms company providing a new certificate showing compliance to the safety guidelines, and without any radiation exclusion zones being declared to the council planners. When calculated by an independent engineer, the unsafe radiation zones were found to intersect with the school buildings.

Many planning applications are being made across the country for 5G masts that are situated very close to schools; these include applications for Yatton (North Somerset), Marksbury (near Bath), and Broadlands Academy in Keynsham. This is despite the findings of the 'Stewart Report', which was commissioned by the Government and published in 2000, which recommended that:

'...the beam of greatest RF [radiofrequency] intensity should not fall on any part of school grounds or buildings without agreement from the school and parents'.

The Stewart Report also established the particular susceptibility of young children to the radiofrequency radiation from mobile phone masts and other wireless devices, and it urged that a 'precautionary approach' to the rollout of wireless technologies should be taken.

The Judicial Review campaign group leaders, Carol Springgay and Carole Ward, who both have children at St. Peter's Primary School, are working closely with Peter Kyle M.P., Brighton Mayor Alan Robins, and local councillor Les Hamilton, who are all equally incensed by the decision to approve the 5G mast. Also, the Head Teacher's objection was unequivocal; she did not give her permission for the mast to proceed.

The UK's radiofrequency radiation limits, which are based upon the Guidelines of a private group called "ICNIRP", are set so high that they only protect people from significant heating over the short term, but do not protect against harmful 'non-thermal' health effects sustained over the long term, which have been extensively documented in the independent scientific literature.

It is these 'non-thermal' effects that were recently the subject of a legal victory in the United States, in a case that was brought by the Environmental Health Trust (EHT) against the Federal Communications Commission (FCC). The EHT reported this under the headline: 'Federal Court Orders FCC to Explain Why It Ignored Scientific Evidence Showing Harm from Wireless Radiation'.

It remains to be seen whether the result of the EHT's legal action, and also the Turin Court of Appeal's 2020 ruling that ICNIRP's assessment of non-thermal effects is unreliable, has any influence upon this Judicial Review.

The Government's policy is that local planning authorities should not set health safeguards other than ICNIRP's, but the campaigners challenged this in their legal submission. The grounds for a Judicial Review of this case also include the fact that Brighton Council ignored the recommendation from its own Highways Department to refuse the 5G mast, and the fact that the mobile operator did not consider alternative sites for the structure.

This Judicial Review is intended to overturn a planning decision which would result in the involuntary exposure of young children at this primary school, and their teachers, to radiofrequency radiation, which is classified by the World Health Organisation's International Agency for Research on Cancer as a possible human carcinogen.

This case is also about local democracy, and the fundamental right of people living in a community to have a meaningful say on contentious, detrimental, and potentially harmful developments in their area. The outcome of this case has the potential to affect similar 5G mast planning applications elsewhere in the UK.

A crowdfunding target of £40,000 to meet legal costs needs to be raised before October 1st 2021, in order for this case, which is firmly in the public interest and which would set an important legal precedent, to proceed.

If you would like to donate to the Judicial Review crowdfunding campaign, you can do so here:

For more information about the campaign, please see this link:

Video: MASTS BY SCHOOLS IS MADNESS - IT MUST BE STOPPED 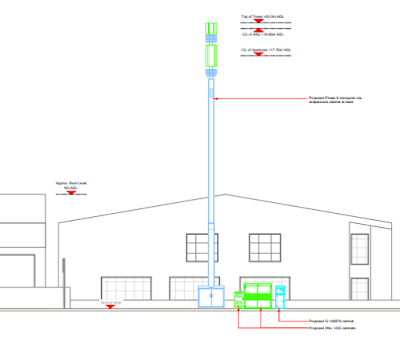 Proximity of the 5G mast to Fishersgate Primary School (the 5G mast would be where the red blob is): 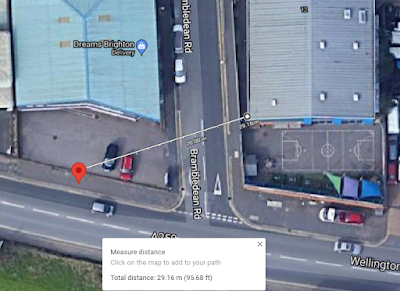 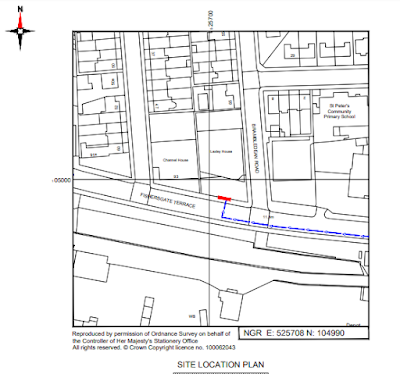