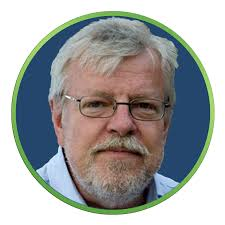 The comments from Professor Olle Johansson below are in response to Stephanie Dickerson's post on 14th August 2016, entitled "A Story of Ehs, and Accepting Loss".
https://beingelectrosensitive.blogspot.co.uk/2016/08/a-story-of-ehs-and-accepting-loss.html

Thanks to Professor Johansson, and thanks to Liz Barris for forwarding them on to me.

I am very impressed by your story, thank you ever so much for sharing it with us.

I have tried to study the electrohypersensitivity since the end of the 1970ies, and nowadays - as you may already know - in Sweden it has been recognized as a functional impairment (disability) since the year 2000.

(If you send me your e-mail address I can furnish you with a few papers that I hope will support your call.)

This provides persons with this impairment a maximal legal protection, it gives them the right to get accessibility measures for free, as well as governmental subsidies and municipality economic support, and to provide them with special Ombudsmen (at the municipality, the EU, and the UN level, respectively), the right and economic means to form disability organizations and allow these to be part of national and international counterparts, all with the simple and single aim to allow persons with the functional impairment electrohypersensitivity to live an equal life in a society based on equality.

They are not seen as patients, the do not have an overriding medical diagnosis, but the ‘patient’ is only the environment - inferior and potentially toxic. This does not mean that a subjective symptom of a functionally impaired can not be treated by a physician, as well as get sick-leave from their workplace as well as economic compensation, and already in the year 2000 such symptoms were identified in the Internal Code of Diagnoses, version 10 (ICD-10; R68.8/now W90), and have been since.

But the underlying cause still remains only the environment.

Thus, in Sweden, electrohypersensitivity (EHS) is an officially fully recognized functional impairment (i.e., it is not regarded as a disease; N.B. this is not special for Sweden, the terms "functional impairment" and "disease" are defined according to various international documents).

Survey studies show that somewhere between 230,000– 290,000 Swedish men and women – out of a population of 9,000,000 - report a variety of symptoms, including typical cutaneous ones such as stinging, burning and itching sensations primarily in the face, upper chest and back, hands and arms, when being in contact with electromagnetic field (EMF) sources.

The symptoms of EHS are classified as an occupationally-related symptom-based diagnosis (code ICD-10; R68.8/now W90) by the Nordic Council of Ministers since 2000.

This organization is included in the Swedish Disability Federation (Handikappförbundens SamarbetsOrgan; HSO; as a consequence of this, The Swedish Association for the Electrohypersensitive receives an annual governmental subsidy).

HSO is the united voice of the Swedish disability associations towards the government, the parliament, and national authorities, and is a cooperative body that today consists of 43 national disability organisations (with The Swedish Association for the Electrohypersensitive being 1 of these 43 organisations) comprised of about 500,000 individual members.

It has its own website in Swedish, parts of which are also in English.

Some doctors and dentists have described at an early stage the electrohypersensitive persons as “old crones in the throes of the menopause”, “the poorly educated”, “hypochondriacs”, “radiation ladies”, or victims of union-driven fears, mass media-based psychoses, imagination phenomena, Pavlovian conditioning, techno-stress alterations, etc.

These prejudiced care-providers used these terms despite often never having met an electrohypersensitive person or carrying out research in the field.

Unfortunately, some medical doctors and a few scientists still instead want EHS to be a medical/psychiatric diagnosis, i.e. with patients with an undefined disease syndrome, the latter instead being the focus of medical/psychiatric treatments (thus, no automatic accessibility measures, including shielding of the environment).

Make sure to connect to all the UN disability texts, realize that it’s the whole environment that must be accessibility-adapted, and do not forget that such accessibility measures actually are 100% positive for everyone to share!

People with functional impairments should have full access to the entire society, not just a small part of it.

The human rights for all of us, regardless of functional impairment, is that we should live an equal life in a society based on equality. It’s that simple.

(I have never heard anyone voluntarily wanting to give up their human rights, so be sure not to have any country forcing it’s citizens to it; it would be extremely shameful.)

When it comes to functional impairments, it is always only action that speaks, nothing else. To ensure that everyone acts within the UN Human Rights Convention is of paramount importance, and that persons with EHS is promptly given complete accessibility is the only acceptable goal, as is proper symptom identification and treatment when possible, and when asked for by the disabled person Himself/Herself. However, the latter should never be used instead of the first.

Finally, to water the existing legislation down would make matters far worse for all the persons with EHS and/or multiple chemical sensitivity (MCS), as well as for their relatives.

Therefore one must question attempts to move EHS from the functional impairment paradigm to the patient/disease one.

It took me, and others, decades to get the EHS persons the protection of The UN 22 Standard Rules on the Equalization of Opportunities for People with Disabilities/The UN Convention on Human Rights for Persons with Functional Impairments.

It will take less than a minute to destroy this. Mark my words.

The world is watching what we do, and we have the opportunity to do the right thing.

Biomedical research is of immense importance to form a potential base for further symptom relief as well as for understanding the mechanisms behind, but let it not stand in the way of the human right of persons with EHS, MCS, and other functional impairments, to live an equal life in a society based upon equality.

The world may be moving inexorably toward one of those tragic moments that will lead historians to ask: Why did they not act in time?

With my very best regards
Yours sincerely
Olle Johansson